The 41st Sapporo White Illumination has been held since November last year.

It is creating a dreamy scene with fantastic lights between the snow that is falling with great momentum in this year. 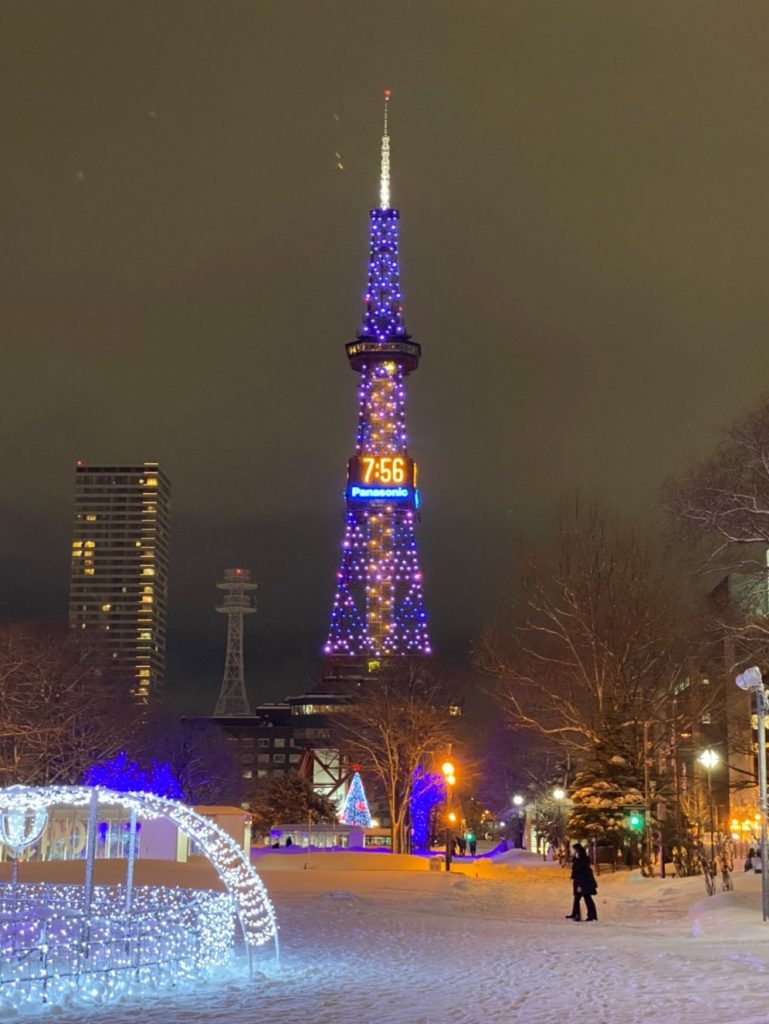 It is said that in 1981, 1048 light bulbs were wound around the symbol object and started with only one illumination. 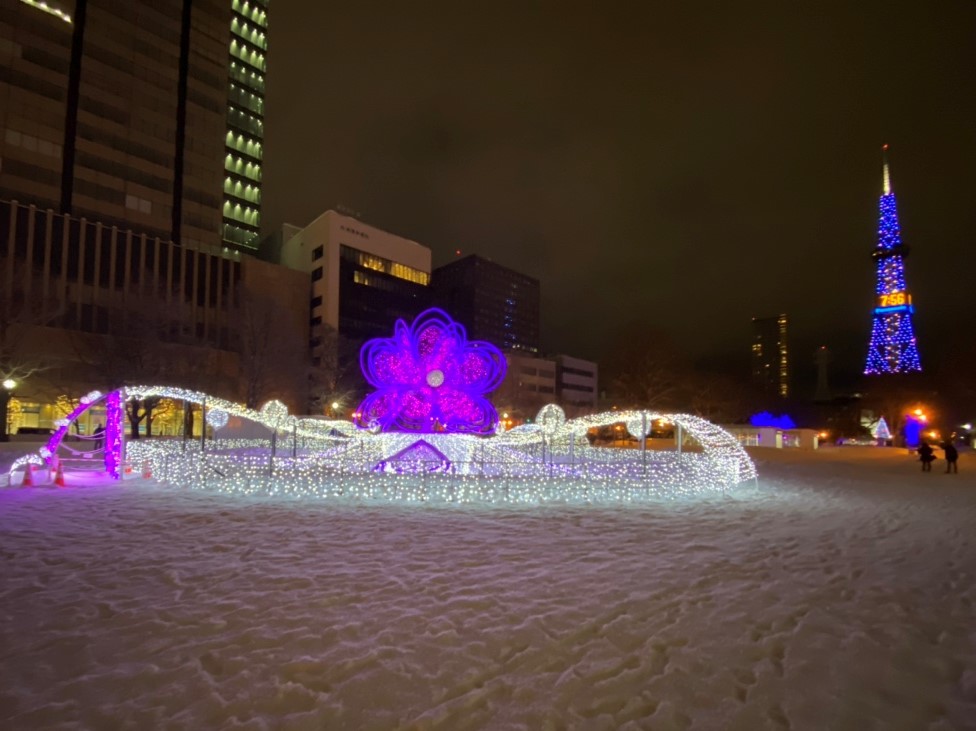 A large object with a lilac motif is installed in the fountain in the center of the venue,

and it was created so that light and music could coexist. 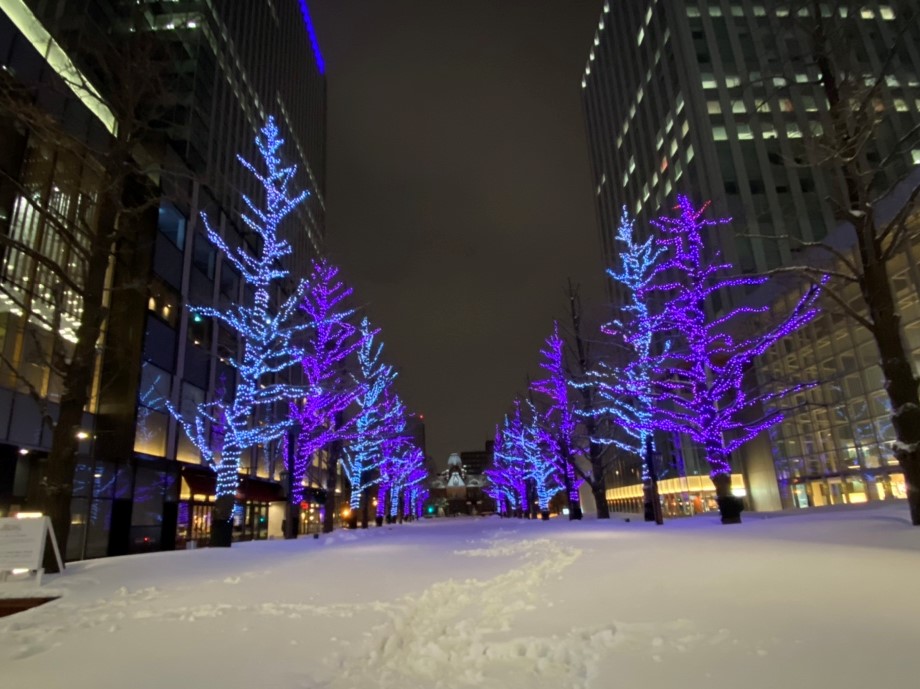 are illuminated with three-color illumination,

and you can see the former Hokkaido Government Office Building (Red Bricks) in a different atmosphere. 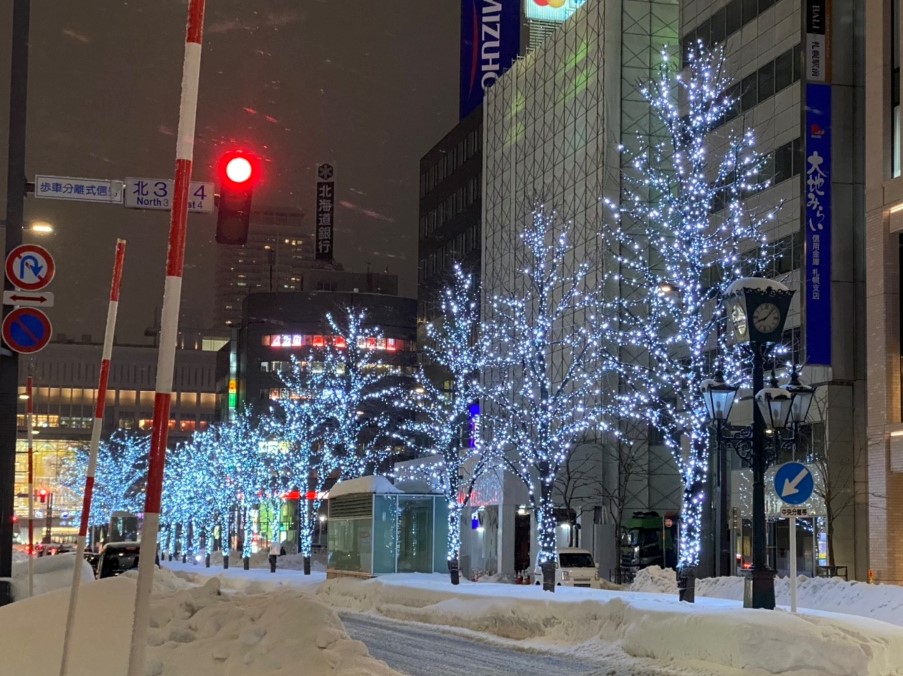 Illumination installed on the street in front of the Sapporo station.

Illumination has been installed on the trees along the median strip from JR Sapporo Station to Susukino. 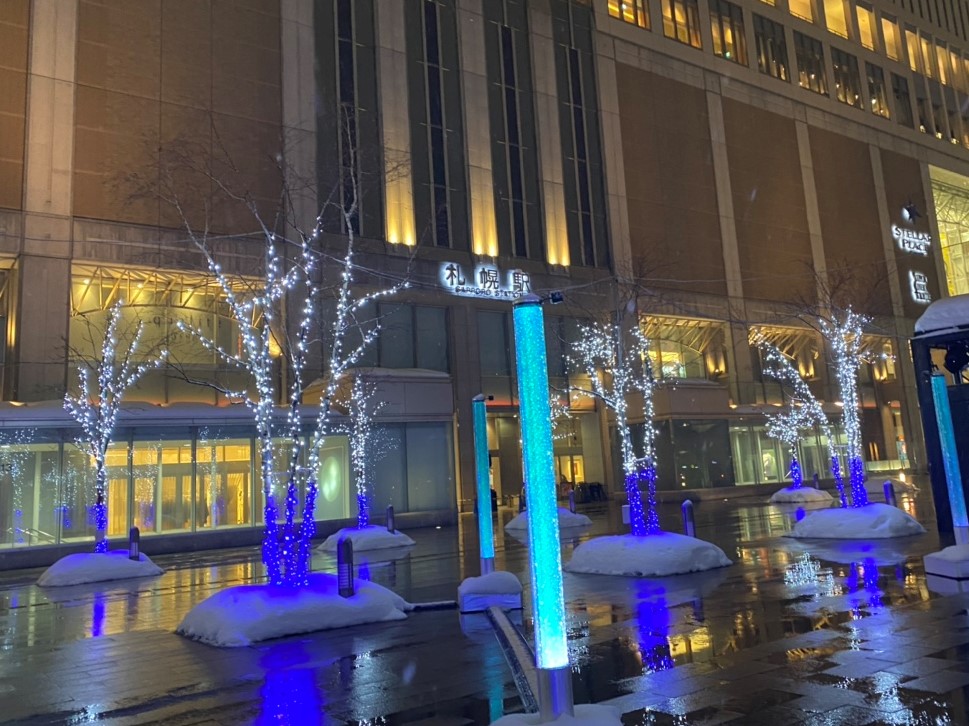 In the square of Sapporo Station south exit, in addition to the decoration of the light of the trees,

the light pillars are installed for a limited time.

This year, the Sapporo Snow Festival was reduced to a smaller scale

that had never been seen before,

but due to the spread of COVID-19, it was decided to cancel even this...

The illuminations vary slightly depending on the location, but they are lit up until February 12th or March 14th.

(Odori 4-6 chome lights off until February 4)

We hope that the Covid19 will end as soon as possible,

and we look forward to the day when we can share various events with you.