In Hokkaido, snow has piled up as usual, and the cold days continue,

but even in the cold, there are many fun things to do!

Today, the Asahikawa Airport sales office staff went to see the illuminations that light up Asahikawa at night.

From the end of November for about 3 months,

you can enjoy illuminations using about 140,000 light bulbs in 5 areas in the center of Asahikawa City. 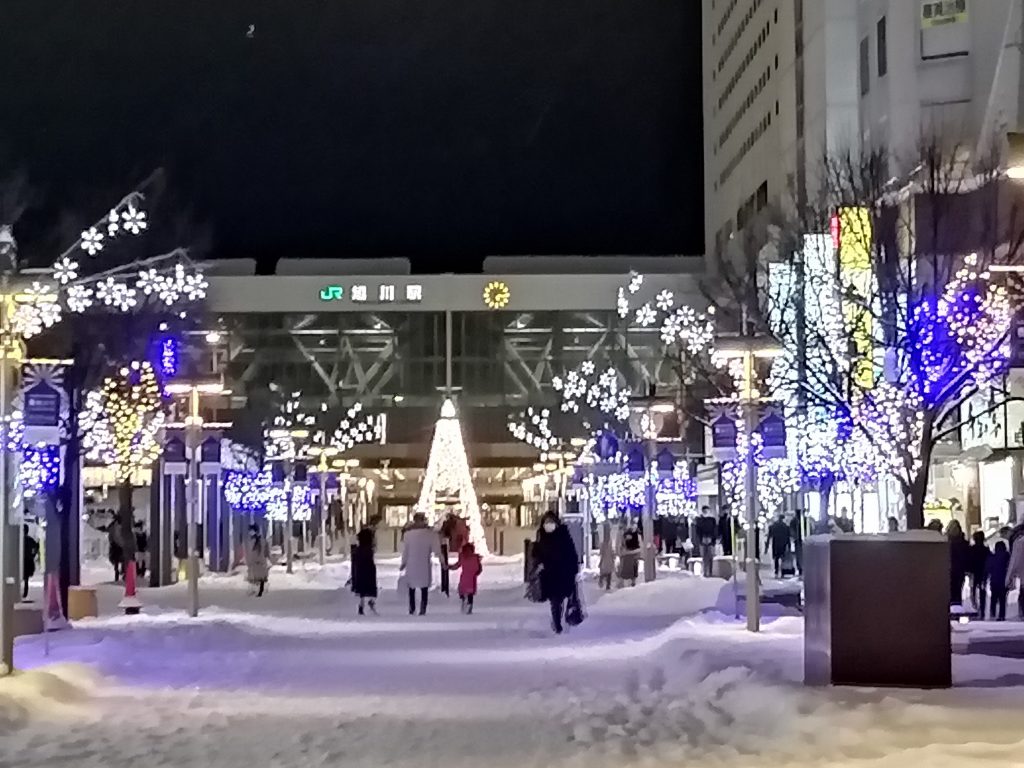 LED light bulbs and cone-shaped sculptures are colored with light

on the streets of Japan's first zero-vehicle pedestrian road. 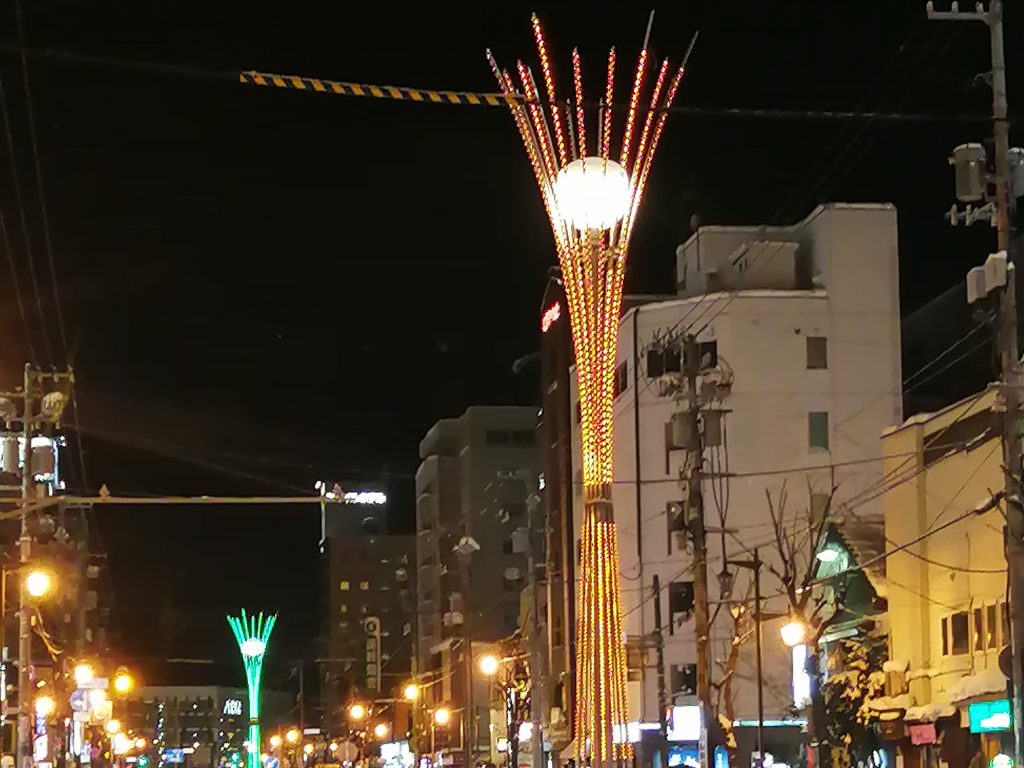 Showa-dori is a 10-minute walk from Asahikawa Station.

Among them, the two pillars shining in orange and green stand out,

representing the chinese legend of Vega and Altair. 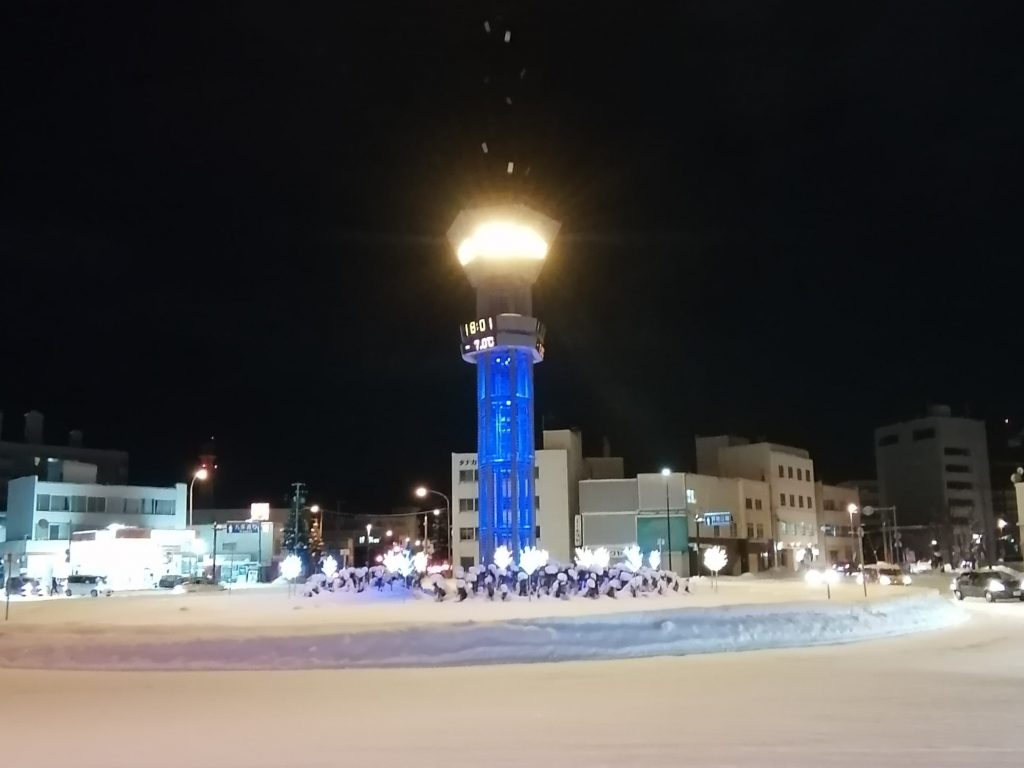 The symbol tower of Tokiwa Rotary is shining blue.

It is said to be a color to express gratitude to the medical staff on the front line of Covid19. 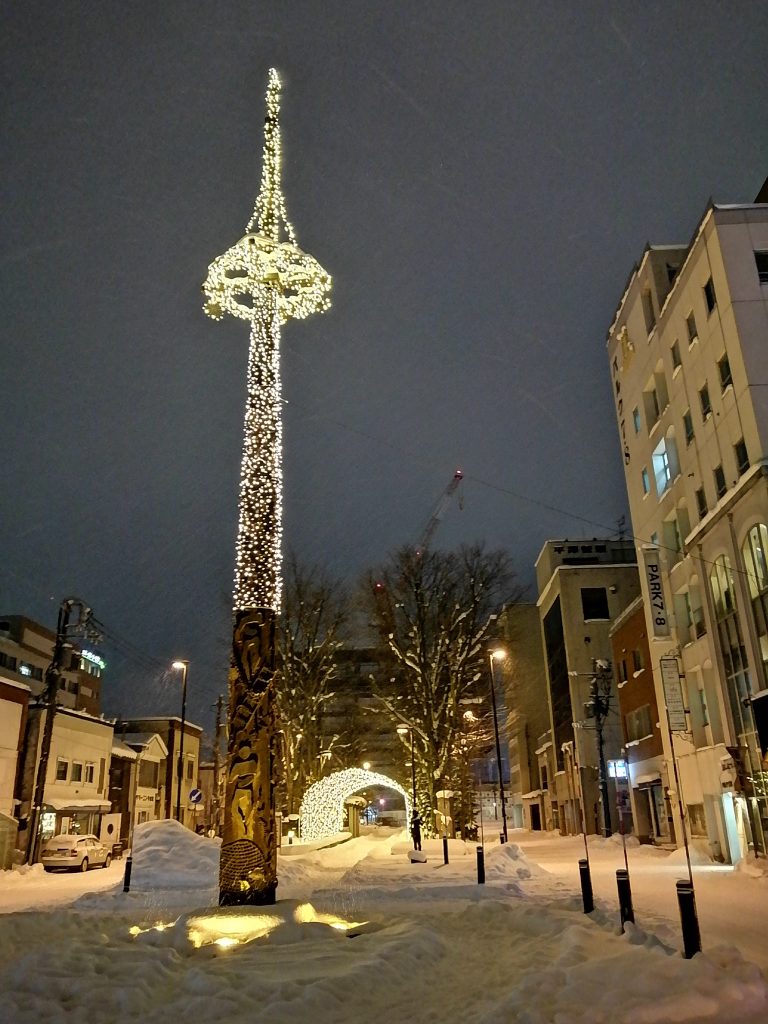 In the 7th Ryokudo, a 21-meter-tall "image of pioneering" tower

and a light tunnel lined with multiple arches of light were installed. 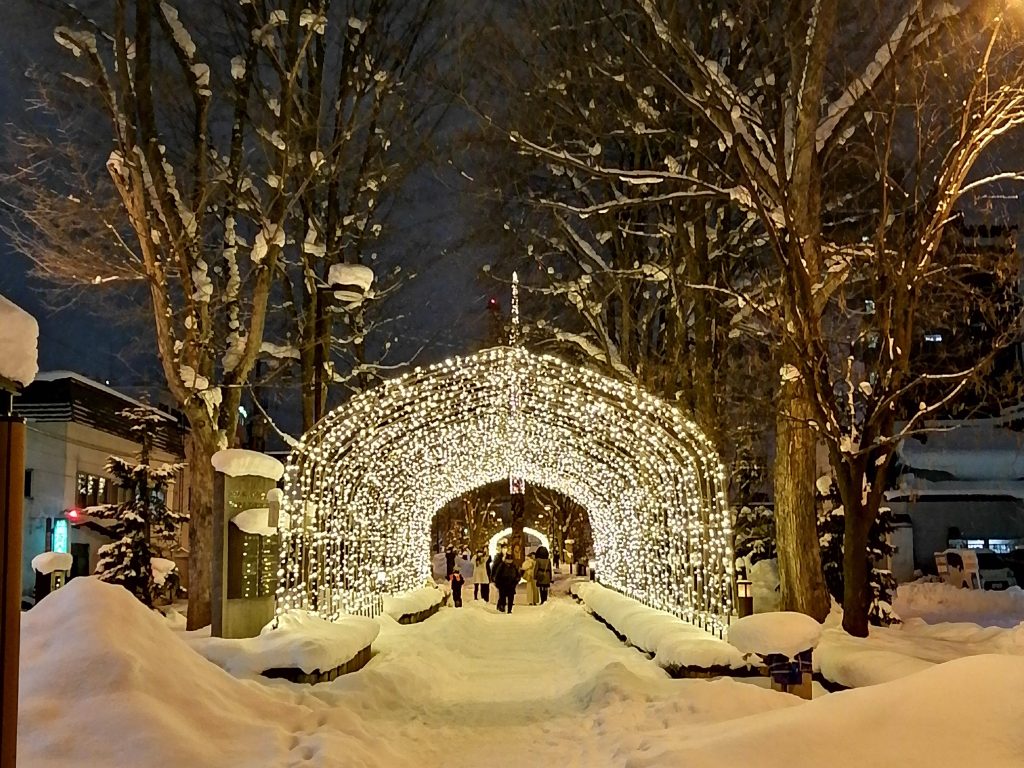 Under the beautiful golden tunnel, it was loved as a romantic photo spot. 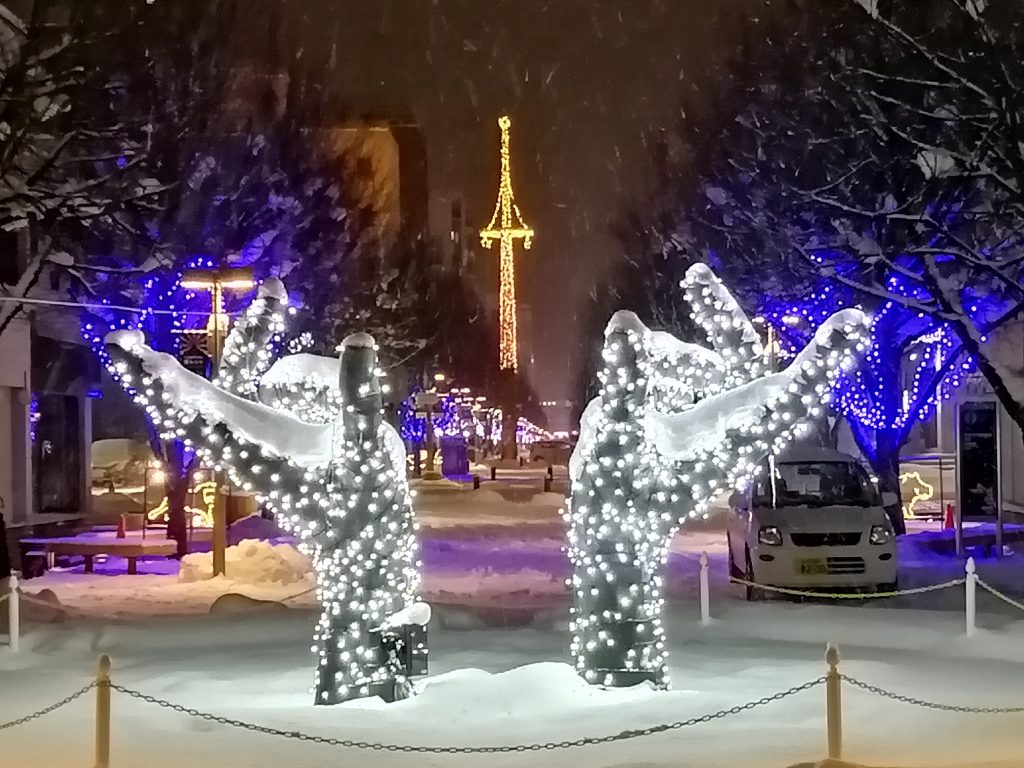 "Asahikawa Machiakari Illumination" is lit up every day until 11pm.

Asahikawa's snow-covered illuminations are until March 6, 2022,

so why not visit by car of World Net Rent-A-Car?