I have often heard the news

Last week I thought that the number is especially high☺ 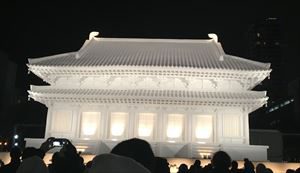 Finally, this season came in！☺

I have visited there 2 years in a row💨

First of all, which was a talk of the town

that is Projection Mapping in Odori 4-chome 🎦🎦

It was impressive and impactive,

so I looked into it as I forgot about the cold✨✨✨ 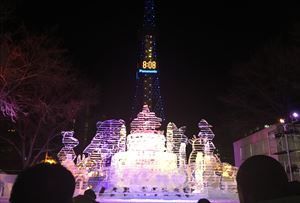 The ice sculptures were made in Odori 2-chome☺

In the night they were illuminated and very fantastic✨✨

I could see Sapporo TV tower lighted up from far away,

It looked so wonderful and magnificent♡ 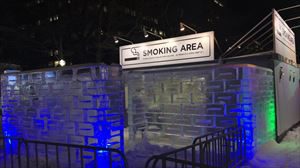 Near the entrance of the smoking room,

That’s a very fantastic view by ice and lightening up🚬

But it seems freezing...

When I took these pictures, staffs were performing the maintenance...

But there were seats, it would be excited during the events... 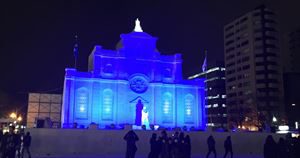 In Odori 7-chome, there was the snow statue of Stockholm Cathedral in Sweden⛪

It was a solemn atmosphere during daytime,

but at the evening... 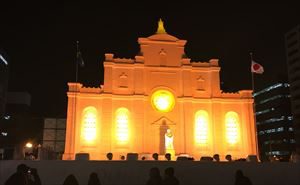 As lightning up and changing color, 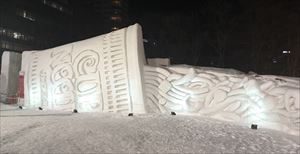 there was the slide of a certain famous cup noodle🍜

Where noodles seem to be pouring is slide😋 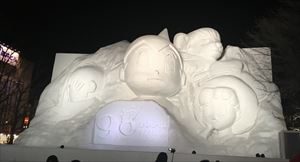 On the opposite side,

there were all major characters of snow statues

It was so huge and powerful☺

So, that's it for this week.

In the next week’s staff blog, we will introduce the food makes you warm up except for the snow sculptures.

Please look forward to it. ♪