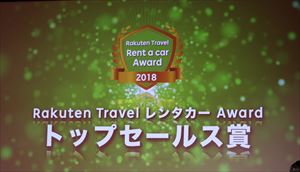 caused a power outage for a few days,

and there were days when all stores were closed···

With your kindness words of encouragement

we've been able to bring you this great news！ 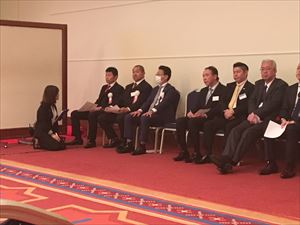 It is the top sales awards ceremony.

It's before he climbed the podium.

It seems to hear explanation from staff of Rakuten · · · 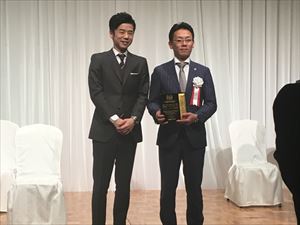 Okabe, in charge of business,

He won the prize for three years(2016 was awarded as a special prize),

and I feel he was relaxed... 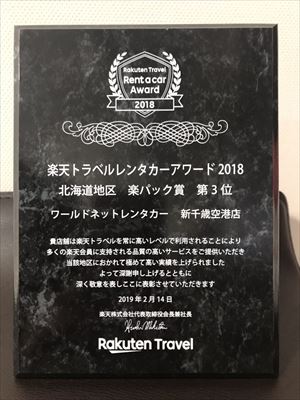 has been awarded of Rakuten Travel's Package Plan,

This time, it's not just Chitose won the prize！！ 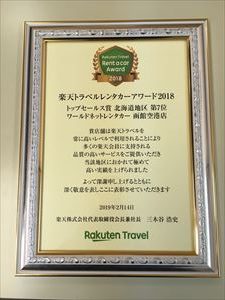 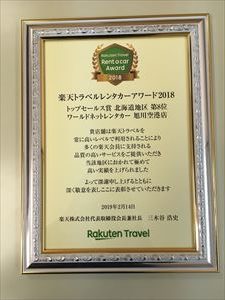 Around New chitose Airport is the most competitive place of rental car in the Hokkaido area,

so awarded stores were concentrated at the New Chitose Airport

other than the Hakodate Airport Sales Office

were pretty good at it.＼(^o^)／ 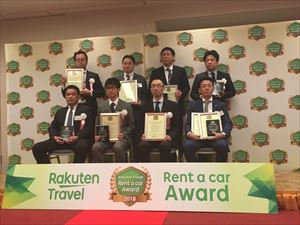 Photograph with representatives from the winning sales offices.📷

He couldn't hold all the prizes,

so after this shoot, a staff of Rakuten Travel took one and re-shoot it.

We really thank you for many customers used our rental car！！

All staffs appreciate and grateful for you and

we will try to provide better service in 2019 also.

We would appreciate your continued support with us in this year.